Get fresh music recommendations delivered to your inbox every Friday.
We've updated our Terms of Use. You can review the changes here.

The Crypt of Blood: A Halloween TV Special 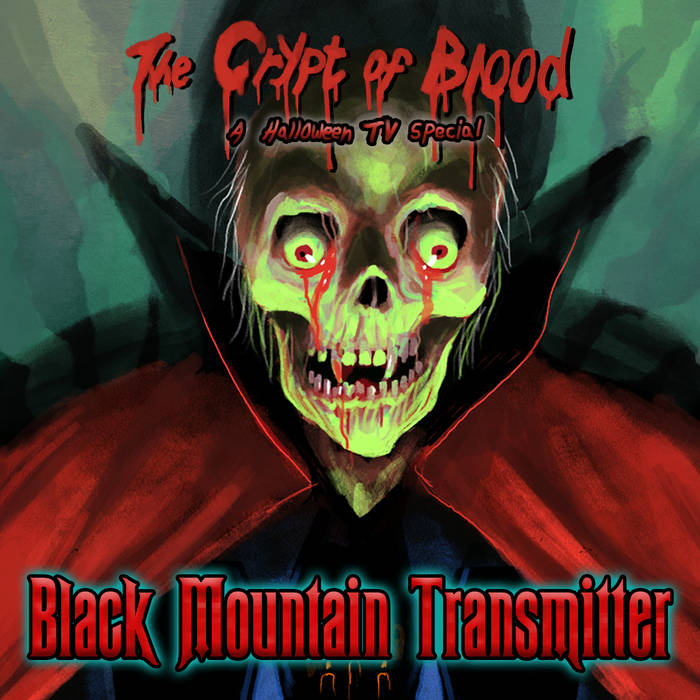 The new album from Black Mountain Transmitter presents the official soundtrack to Jonathan Raab's novelette "The Crypt of Blood: A Halloween TV Special"

Halloween night, 2007. A television station near Denver, Colorado broadcasts a locally produced film adaptation of the Gothic horror novel The Crypt of Blood. The spirited production of the classic vampire story begins as a loving throwback to the horror movies of old, complete with rubber bats, inspired makeup effects, and plenty of fake blood.

But what transpired on the small screen that fateful evening was more than just a made-for-TV horror movie. The cameras inadvertently captured events far more terrifying than any plastic-fanged vampire—and may have recorded the final living moments of the production’s cast and crew.

The Crypt of Blood: A Halloween TV Special has since become an urban legend, a myth relegated to internet forums, speculation among rare film collectors, and the ravings of the mad and paranoid. Some call it a publicity stunt. Others decry it as a hoax. A few say the broadcast never aired at all.
But those who claim to have actually seen it... insist that it reveals an unimaginable legacy of terror.

You find yourself in possession of a copy of that dreaded broadcast, its cursed images seared into the magnetic tape of a well-worn VHS cassette. It’s time to discover the truth behind the infamous broadcast, and whether The Crypt of Blood: A Halloween TV Special is just another urban legend—or if it delivers the horrors its reputation promises.

The television screen beckons. The VCR eagerly accepts the tape. Halloween is upon us. It’s time to press PLAY.


"The Crypt of Blood: A Halloween TV Special" book is published by Muzzleland Press. Copies are available directly from

also from online retailers or on order from your local physical bookstores and libraries.

(Please note: any audio defects on this recording including hiss, hum, warp, wow, flutter, static and distortion are entirely intentional and form an essential part of the listening experience)

Bandcamp Daily  your guide to the world of Bandcamp

sndtrak stops by with an Album of the Day Feature of his most recent release, FLIPS V1: Triple Lindy